Would you like to switch to the accessible version of this site?

Don't need the accessible version of this site?

Dr. Baird is a God send.  I had been to another Chiropractor but found little relief.  I have been on multiple medications and ice and heat. Still with little relief. I met with Dr. Baird on Monday the 3 of May 2016 at 10:30am.  He told me, I was in one of the worst conditions that he had seen in quite a while and still walking (barely). He worked on me for 3.5 hours straight. He paid attention to my response, from the lightest touch to the firmest adjustments. I could not believe that I walked out UP RIGHT. Totally exhausted, but UP RIGHT. The next day I was sore but able to walk normally and do light work. I can’t express how much I want to say – THANK YOU

I would like to share with you the story of Jess even though you have heard it extensively for over a year.  My sophomore year of high school which would be four years ago, I started to get serious pan in my back.  I assumed this was due to the physical strain of being a cheerleader.  I stretched and saran wrapped ice to every inch of my back nearly every day.  One day, the pain got so severe that I knew there had to be an underlying issue.  The next day I began my research into treatment. I saw a few doctors who said they could find nothing wrong, however, they did give me a tip that would later become a problem: Aleve.  Doctor said that although the bottle recommends a pill a day, I can take three or four a day.  That continued to escalate until I found myself needing at least eight at a time, twice a day. I was in serious pain. I had to watch my cheerleading team from the bleachers, my friends carried my backpack around school for me, and if I did manage to fall asleep, it would be after lots of medicine, crying and readjusting.  I continued to search for a doctor that could help.  I got X-rays and a CT Scan yet no one saw anything too abnormal. Because my shoulder blades popped loudly and did not move correctly, I was told that I may have what they called snapping scapula syndrome, which they could do nothing about.  I was given two cortisone shots, one on each side of my upper back.  This helped for about a week. Although it was sweet relief, it did not last. I was referred to physical therapy.

I went to physical therapy multiple times a week and did my exercises at home. It was during this time that I realized how much my range of motion was affected by whatever was making my back hurt so much.  My physical therapist discovered that I could not even lift my arms straight above my head.  She did all she could to help me, yet still, the pain never lessened.  My physical therapist recommended that I go back to searching for an orthopedic specialist because I was not improving like I should have been from the work she was doing.  After two years of extreme suffering, someone suggested I try chiropractic.

I began seeing a chiropractor three times a week.  Besides the massive amount of Aleve I was taking, this was the first time I felt any sort of relief.  The chiropractor explained that I did not have the correct curve in my neck and worked to adjust it.  I was still in way too much pain however I was finally seeing some improvement.  Unfortunately, this progress was not enough and reached a point where the improving halted.  I was in slightly less pain yet still unable to go more than an hour without frustratingly cracking my neck and rubbing my back.  I began to recognize that each time I went to the office, I was forced in and out of the adjustment room in the same short amount of time each session and he performed the exact adjustments each time without asking me how I was feeling.

When I went off to college, I stopped seeing a chiropractor.  Two years after the initial start, I basically gave up and tried to accept that this pain was a constant part of my life.  Eventually, I realized that this was not fair and I needed to keep trying to do something about it.  I researched chiropractors near my school. I went to one office a few times but saw the same pattern that I had with the chiropractor back home. Then I discovered Main Street Chiropractic.

You have helped me significantly since I have started seeing you.  The adjustments you have done for me have taken me to a place where I stopped taking Aleve almost entirely and can sleep easier.  I gained motion in my arms and now have better posture.  I know that my case is still a mystery but you never gave up on me.  Because of you, I learned that my pain is somehow related to my diet.  Your recommendation of adding more protein was a big stepping stone.  Then you suggested the ALCAT test.  I began to improve even more after cutting out food that my body was moderately or mildly allergic to.  I was better but still hurting.

After one football game recently, I was back to being doubled over in pain.  Then you found a new spot in or near my neck that needed adjusting. I think that was the key.  I am so excited to say that for the past week, I have worked out almost every day and not reached the level of brutal pain I have come to expect from even the slightest physical activity.  I have been working out my back and been able to function afterward.  About two weeks ago, I had to take my phone out of my pocket because the weight was too much on my back that it began to hurt.  Today, not only can I lift my arms about my head, but I can do so with weight in my hands.  I realize you are just doing your job, but you do it exceptionally well.  You have gone above and beyond for me, even checking if I have strep because you are just a genius about everything medical.

I am just some random kid who is almost always late for my appointments and always complaining about something, but you have greatly improved my life.  It definitely was not easy going through four years of being a teenager then young adult while in so much pain.  I have been an athletic kid who cannot do anything active, not five minutes of running or throwing a ball, without Vicodin and tears.  Finally I am on track to recovery.  I cannot thank you enough for all you have done for me.  Although I always enjoy your goofy jokes, I look forward to becoming less of a chiropractic junkie and being able to actually live my life to my full potential.  Again, I thank you.  One a side note; can I come to the seminars that you will be speaking at to share how you cured my pain with other chiropractors?

Shout out to the wonderful Earleen who is always so sweet, caring and smiling every time I walk through the door.”

My name is: Ethan Duewer

What first brought me to chiropractic was ... 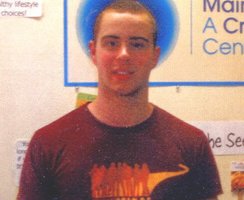 What first brought me to chiropractic was... 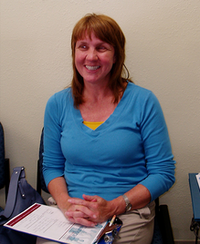 I have more energy.

I deal with stress better.

I am in better health.

My name is Chris P:

What first brought me to chiropractic was... 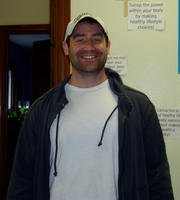 I wanted to thank you from the bottom of my heart for getting me back on my feet. You truly are a God send - and an amazing doctor. I will always be thanful and grateful for your expertise. Many thanks." -- Lisa 8/24/2011

"It has been so amazing! Before coming to see Dr. Baird I had no energy and migraines 3-4 times per week along with absolutely no movement in my neck. Thanks to Dr. Baird I have been migraine free for 2 weeks now. This is only after SEVEN visits. It feels great to have 1) Energy 2) No headaches 3) Movement in my neck 4) Depression has not been as severe as before. Thank you!!!" -- Randy M. 3/21/2011

"A great doctor and teacher! He keeps me free and straight!" -- Jack B.

"Dr. Baird has helped me so much! He's gotten rid of my headaches, and improved my life and health tremendously! Thank you!" -- Cheryl

"I thank Dr. Baird that I am still able to walk and have better nutritional health." -- Ginger

Your Path to Wellness Begins Here!

Find us on the map